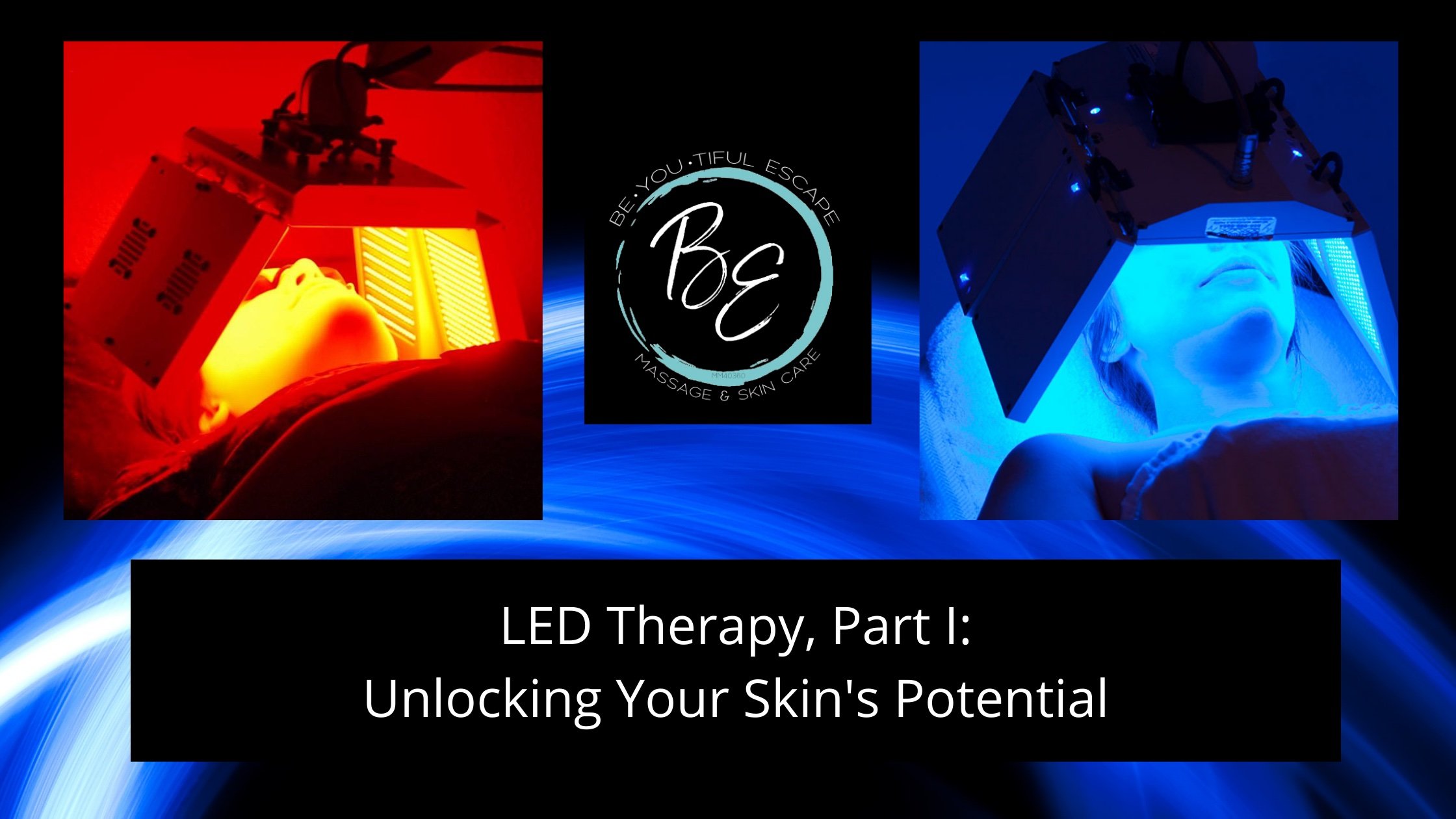 Though photo therapy has been used in treatments since the 1960s, it has started to grow in popularity in the more recent years. LED Therapy we know today is based on studies done at NASA and is one of the most powerful treatments in the esthetic room. You may have a lot of questions about LED Therapy and, over the next few blog posts, we’ll get you caught up on what exactly LED Therapy is and why it can be an important key in unlocking your skin’s potential.

Let’s start at the beginning…

What is LED Therapy?

LED Therapy most likely started hundreds of years ago as chromotherapy, or color therapy, as the use of visible light colors to rebalance the body in order to heal itself on a mental, emotional and physical level. As you may have experienced after seeing the sun again after a week of rain, light has a profound effect on the brain and body. LED Therapy uses these same visible lights to target the cells of the body.

LED stands for Light Emitting Diode. A diode is a device that allows current to flow in one direction, but not the other. Without going into all the electrical nitty-gritty, when the diode receives energy from a power source (think plugging the device into an outlet on your wall), the diode converts it into light energy….tada – light emitting diode!

Each diode has two “sides”, each different. By varying these two sides determines the frequency of light, dictating the color emitted. These colors range on what is known as the visible light spectrum. The lights are sized by their wavelengths in measurements called nanometers. At one end of the color spectrum is violet with the shortest wavelength and, at the other end, is red with the longest wavelength.

How do these LEDs affect the body?

Over the many years of research, scientists have determined which wave lengths, coupled with the appropriate power density, to target a specific condition. Think of how a plant uses sunlight to process food and light into energy it can use – our cells are using the light in LED Therapy in a similar fashion.Each wave length, or color, has a different effect. Different wavelengths are able to penetrate to different depths of the body.  For example, blue is a shorter wavelength and works more superficially in the skin to help treat acne. Meanwhile, red is a longer wavelength and works deeper in the skin to help stimulate cellular activity. There are also wavelengths that are invisible to the eye that help our bodies.

How does LED Therapy unlock your skin’s potential?

To be brief, there are only a couple treatments an esthetician can do that will directly affect your skin on a cellular level (though we have plenty of ways we can affect it indirectly!). When you affect something on a cellular level, you hold an important key for unlocking that skin’s potential. Though there are contraindications, LED Therapy is generally safe and can be done multiple times a week. Best of all, it is non-invasive and painless. From acne to fine lines to wound healing, LED Therapy is a fantastic treatment for anyone who wants to create change in their skin.

Stay tuned for the next blog where we’ll explain each light and how it benefits your skin!

How to Maximize Your Massage or Facial